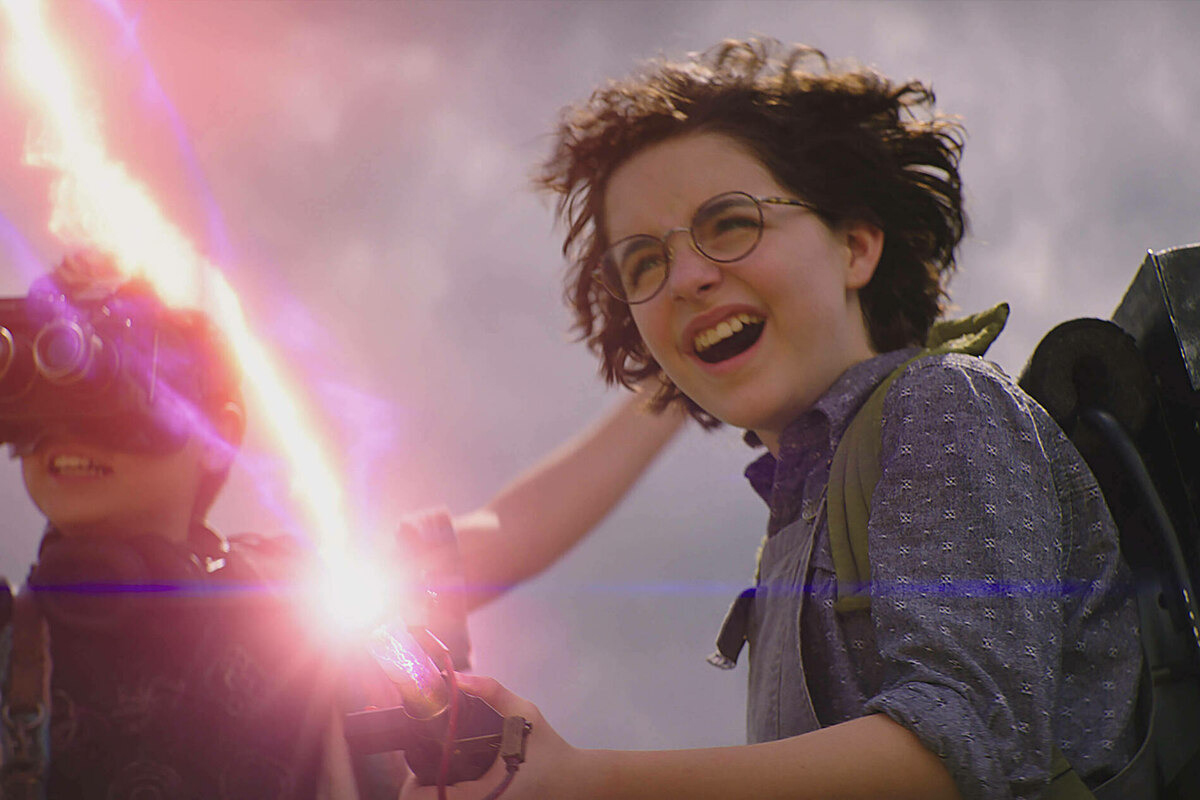 “Who are you going to call? »The New and Improved Ghostbusters!

“Who are you going to call? »The New and Improved Ghostbusters!

The Ghostbusters are back and better than ever! Ghostbusters: the afterlife is the perfect movie to rekindle viewers ‘love for the classic’ 80s franchise.

“Who are you going to call? »The Ghostbusters with a fresh face!

Ghostbusters: Afterlife grossed $ 44 million at the box office this weekend and knocked Disney’s Eternals out of its No. 1 spot.

The recently released sequel to the iconic film series had a lot of weight on its shoulders. After all, Ghostbusters: Afterlife isn’t Hollywood’s first attempt at a reboot.

Celebrities
Addison Rae reveals how much you can make on TikTok

Many may remember the 2016 girl power remake that starred Kristen Wig and Melissa McCarthy. Yet even the comedic female cast couldn’t prevent the film from being a disastrous mistake.

Therefore, there was some hesitation about talking about this next Ghostbusters attempt – which would feature the remaining original cast -.

In a world full of reboots, remakes, and sequels, there aren’t many that leave a good impression on die-hard fans.

However, Ghostbusters: Afterlife manages to be a fitting successor and brings the decades-old franchise back to life.

Set 32 ​​years after the events of Ghostbusters II, the film follows Egon Spangler’s daughter, Callie, and her two children as they move to the dilapidated town of Summerville.

Unbeknownst to them, their ex-patriarch left behind a family heirloom and some pretty cool ghost hunting gear.

Plus, as they will soon find out, the city holds more deadly secrets than its occupants ignore.

The story doesn’t take too long to get straight to the point. It quickly introduces new characters, like the world’s newest sexiest man, Paul Rudd – who plays a goofy college science teacher – and Podcast, hilariously played by Logan Kim.

The film also avoids a key mistake that most franchises tend to make: It doesn’t over-saturate the plot with too many Easter eggs hinting at the original. While there are a few nostalgic moments here and there, the film spends most of its time focusing on this next chapter of the story – to its advantage.

Plus, the movie picks the right time to reintroduce the original Ghostbusters crew: Bill Murray, Dan Aykroyd, and Ernie Hudson.

And like the series’ best cliffhangers do, it also left the door open for the franchise to continue.

While there hasn’t been confirmation that there will be more Ghostbusters movies, it would be a smart move.

Obviously, the film’s new cast has had no problem sustaining itself and could bring the franchise into a new era. Mckenna Grace is a star in the making, while Finn Wolfhard has already proven himself to be a stage thief since his stint on the paranormal fight show, Stranger Things.

Of course, the new movie is aimed more at loyal Ghostbuster fans, but it’s still a good time for everyone to enjoy it.

There is something strange (ly bon) in your neighborhood: Ghostbusters: Afterlife is in theaters now!